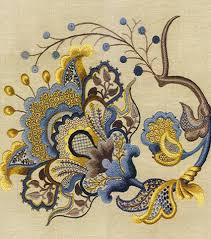 Needlework is decorative sewing and textile arts handicrafts. Anything that uses a needle for construction can be called needlework. Needlework may include related textile crafts such as crochet, worked with a hook, or tatting, worked with a shuttle.