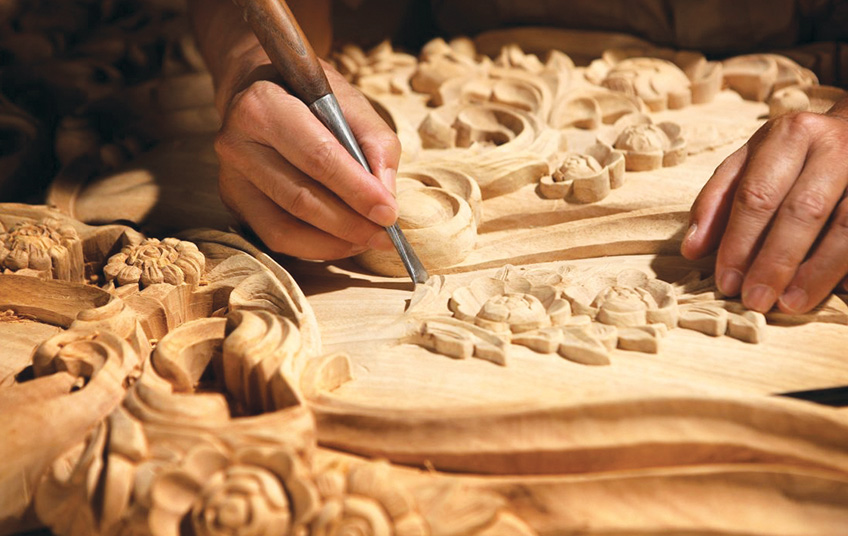 Inlaid work means wood decorating with multiple regular sides. Khatam as is called in Iran, is made in different sides five, six, eight, and ten sides. six sided is the more common these days. Inlaid work is formed with a few materials as:

The first step to make Khatam has been based on equilateral triangle with six sides. Such triangles are prepared by cutting colored woods, white bone and triangle formed brass for yellow color which makes various six sided figures. Meanwhile, walnut and ebony woods are applied for the black color. Of course, other woods could have been used 100, but such woods are rather expensive. For instance, Jujube wood being too expensive, sour orange wood is used instead to make natural brown color. By dying such woods with artificial paints, yellow, red and black colors can be obtained.